Mr Foster has had a successful career in financial services spanning over 25 years, with his last executive role being Chief Executive Officer of Suncorp Bank, Australia’s 5th largest bank.  Since leaving Suncorp, Mr Foster has further developed his career as an experienced Non-Executive Director with a portfolio of Board roles across a diverse range of industries including financial services, retailing, local government, education and professional services. Mr David Foster currently serves as Chair of MotorCycle Holdings Limited and as Director of Bendigo and Adelaide Bank Limited.

David is a member of the Audit & Risk Management, Nomination, People & Culture and Property Committees.

Gary Carroll was appointed as Managing Director and CEO on 1 January 2017, having previously served as Chief Financial Officer for the Group from 25 July 2016. Prior to joining G8 Education, Gary had over 15 years’ experience in senior leadership roles across multiple industries, including being Chief Financial Officer and Chief Supply Chain Officer at Super Retail Group Limited.

Gary holds Bachelor of Commerce (Honours) and Bachelor of Law (Honours) degrees from the University of Queensland and is a Fellow of CPA Australia. He has also held the position of Co-Chair of the Early Learning and Care Council of Australia since 2018.

Professor Julie Cogin has worked in the Australian education sector for more than 30 years. In addition to her non-executive director responsibilities, Professor Cogin is the Deputy Vice-Chancellor (Business and Law) and Vice-President at RMIT University, Australia’s largest multi-sector university.

Professor Cogin also Chairs the board of RMIT Training Pty Limited, is a non-executive director for the Digital Finance Cooperative Research Centre and has held a number of senior academic leadership positions over the last two decades, including Dean and Head of UQ Business School at the University of Queensland and Director of the Australian Graduate School of Management and Deputy Dean, University of New South Wales.

Professor Cogin has made numerous leadership contributions while achieving substantial research and education outcomes. She is a recognised thought leader in strategy implementation, high performing workplaces and corporate culture, having authored books and world-leading academic articles. Professor Cogin has received prestigious education awards at University, National and International levels and delivered education or consulting engagements for many leading companies throughout Australia, Asia and in the USA.

Professor Cogin has been engaged as an expert witness in a number of tribunals and courts of Australia. In 2016, she was named as one of Australia’s Women of Influence for her work to address gender imbalance in leadership.

Professor Cogin is the Chair of the People & Culture Committee and a member of the Nomination Committee.

Toni Thornton has worked in corporate finance agencies for more than 15 years. She brings a strategic commercial focus to the G8 Board, having previously held senior positions with JBWere, Goldman Sachs JBWere and NAB.

Current directorships include CS Energy (including Chair of the Finance Risk and Assurance Committee), Millovate Pty Ltd and Triathlon Queensland as well as being a founding director of the private childcare enterprise Habitat Early Learning. Toni was previously a Board member of South Bank Corporation, boutique developer Devcorp and the Gallipoli Medical Research Foundation.

Toni has more than 10 years’ experience in audit at Board level, is a licensed real estate agent and during her time at Goldman Sachs JBWere, was a responsible executive with the ASX holding both derivative and RG146 accreditation. She has also completed an Accelerated Executive Management program through AGSM (The Australian School of Business), the Goldman Sachs JBWere Non-Profit Leadership Program and the Goldman Sachs Executive Director Leadership Program. Toni has a Master of Laws in Enterprise Governance through Bond University.

Toni is a member of the Audit & Risk Management and People & Culture Committees.

INDEPENDENT NON-EXECUTIVE DIRECTOR SINCE 13 MAY 2020

Peter is an experienced senior management and finance executive of publicly listed companies having held roles at CSR Limited, Rinker Limited, ABC Learning Limited and Sugar Terminals Limited. These roles have crossed a diverse range of industries comprising education, construction materials, manufacturing, infrastructure and agriculture and includes 12 years of experience in the USA. He is also an experienced Non-Executive Director of a number of private companies and is currently the interim Chair of Mulgowie Farming Company and Deputy Chair of Somerset College.

Peter comes with an extensive background in child care operations, having joined ABC Learning as Chief Financial Officer immediately prior to the group going into administration and being a critical part of the team that managed, restructured and prepared the child care business for sale. Peter also has a background in governance, risk management, strategy and planning, merger and acquisitions and business restructuring and improvement.

Peter Trimble is the Chair of the Audit & Risk Management Committee.

Debra has over 30 years retail experience in C-suite roles across Business Transformation, General Management, Retail Operations, Change Management and Human Resources. Debra was the first woman to run a trading division at Woolworths where she spent 11 years working across supermarkets, operations and consumer electronics. Over the past 8 years, Debra was CEO of Fantastic Furniture and Group CEO Household Goods Greenlit Brands. Debra is also a Non-Executive Director on the Shaver Shop and The Kids Cancer Project boards.

Debra is Chair of the Nomination Committee and a member of the People & Culture Committee.

Her previous roles include National Marketing Director Lion Nathan, VP Marketing for McDonald’s Australia and CEO and Board Director of The Communications Council. Margaret has also served as a non-executive board director for the mental health charity R U OK? for 5 years, and is currently a Non-Executive Director on the Board of Collective Wellness Group and Fairtrade AUNZ. 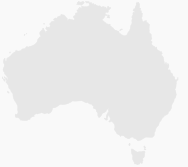 See all of our locations here